Hide Search
You are here: Home » Parenting » Just For Moms » The Name Game: 5 Things I’ve Learned about Wearing my Mommy Crown as an ‘MTA’ When I first got married and became a second mom to two wonderful kids, I was often asked by my friends, “So what do the kids call you?” I used to wish I could answer back “They call me Mom” or, in Sidney Poitier style, “They call me Mrs. Tillman.”

But alas, the short answer is my kids call me “Liz.”

This, more than anything, is out of respect for their biological moms who are still involved in their lives despite the fact that they both live the majority of the time with their dad and me.

But the longer I’m a parent, the more I’ve come to learn that all moms wear their “Mommy Crowns” in their own unique ways. So in this spirit, here are 5 things I’ve learned about how to wear mine as a “Mom Thru Acquisition” or MTA (also known as a ”step mother” to the uninitiated!).

1.) Create your own normal — When I first got married my future daughter who was 12 at the time asked me “What should I call you?” I sat down with her and explained that nothing would make me happier than to have her call me Mom but that I also realize she already has a Mom. So I empowered her to call me what she wanted. Mom, Liz, Mommy Liz were among the choices. I also explained to her that “Liz” was an exception to the rule of letting any child call an elder by their first name but I’d allow it in this one special case. So now, she calls me Liz but introduces me as Mom to her friends.

I had a similar conversation with my son who then was 6 about how I was soon going to officially be his second mom. And while he articulated his take on the situation differently than his sister, he let me know in his own way he thought there was something cool and special about having 2 moms.

By letting my new kids help to create our new normal, I’m happy to say that things now are, well, very normal between us!

2.) Actions speak much louder than words, especially for your kids — Time and time again, my kids have shown me better than they could ever tell me that we have a pretty “normal” parent child relationship. They expect me to meet their needs and occasionally indulge their wants, hug and kiss away the pain of bumps and bruises, come up with a plan for dinner, reprimand them when they act up, play with them when they’re bored with other sources of entertainment, take them to the doctor when they are sick, get them to and from their activities, give them advice about the ways of their 8- and 14-year-old worlds and, well, anything else you’d expect a parent to do.

The lesson here is simply that if you want your kids to view you as parent, act like it and they will regardless of what they call you.

3.) Give “your kids” the title, even if you don’t have it — When I got married, I insisted that my husband’s kids be in the wedding. He wasn’t especially happy about having them coop our day but acquiesced to make me happy (or more likely to shut me up!).

Shortly after the wedding, I quickly came to realize that my daughter loved it when I introduced her to my friends, colleagues and sorority sisters as “my daughter”. In fact, she’s called me on the carpet more than once for introducing her only by her first name to people and not by virtue of our relationship.

What I’ve learned is that my referring to her as my daughter makes her feel like we are family despite what the bloodlines and DNA evidence may say. And, that being bestowed the title of “daughter” by choice vs. birthright has really made her feel how special she is to me.

Her brother, being younger and driven more by logic than emotion, shows his comfort with being called my son differently…primarily by not correcting anyone who assumes I’m his mom (unless he thinks it’s important to do so for informational purposes!) and by not correcting me when I refer to him as my son privately or in mixed company.

The lesson here is that kids want and need you to let them know who they are to you through your actions and your words. So choose them carefully!

4.) They know and that’s what really matters — For me, it’s more important that my kids and I understand the nature of our relationship than if anyone else does.

So, when I get a strange look from someone who is wondering why the child I just introduced them to as my son or daughter just called my by my first name, I’ve learned to ignore it.

Or, when my colleague who has a bad relationship with her husband’s ex-wife and her teenage step daughter tries to clarify my situation for me by saying “Oh, you mean your STEP children, you don’t really have kids of your own”…as if I’m just playing make believe Mom to fit in with the other parents at the office…I’ve learned to brush it off.

Or, when someone who is surprised to learn I’m not my kids’ biological mom and wants to talk about it in order to learn if I want to have “real kids of my own someday”…like the two I’m raising with my husband are stage props…I’ve learned to let God deal with them and keep it moving.

It’s hard sometimes because people have all kinds of views about who can and should wear the Mommy Crown. And, if you don’t fit into their notion of what that looks like, they aren’t shy about showing you their rear ends about it!

But, I’ve learned that the ‘welcome home’ hugs and “How was your day’s” that I get when I come home from work, the permission slips I’m asked to sign, the runny noses and tummy aches I’m asked to cure, the meals I’m asked to prepare, the outfits I’m asked to help pick out, the hand made gifts and cards I get on Mother’s Day and the advice and guidance I’m asked to give all mean more than what they may call me.

Those are the things that my kids do to let me know who I am to them, regardless of what they may call me.

5.) It’s more than just biology or the title that makes you a mom — The fact is a mom is a mom.

Qualifiers like “step” aren’t necessary unless you’re trying to placate others. And sometimes, over qualifying the relationship can do more harm than good as it can make some kids feel like outsiders and act accordingly. I wonder if that’s where the concept of the evil step mother comes from…? (But that’s a post for a different day!)

Conversely, being a mom is about so much more than giving birth, witness Casey Anthony, Susan Smith, the Octomom and any biological mother you know whose behavior has made you question the irony of certain women pushing out babies when others can’t.

A colleague who, like me, became a Mom Thru Acquisition when she married, once told me her only regret was that she didn’t insist on having her kids call her “Mom” when they were younger.

But she and the many many wonderful biological moms, other MTAs, adoptive moms, surrogate moms, could be and would be moms in my life have all told me that “kids know, they know”.

And they are absolutely right!

Kids are VERY honest when it comes to letting you know who you are to them, no matter how polite they try to be.

The trick is that we as parents must also know who we are to the children we are raising and embrace that role with all the love, confidence, courage and common sense we can muster.

My daughter thinks that my calling myself an MTA vs. a “step mom” (a title neither of us is fond of when applied to our relationship) is both “cool” and “hilarious.”

So, while she most often calls me “Liz,” she says her preferred title for me is the one she chooses to use to address my birthday and Mother’s Day cards—T.A.M., an acronym she defines as “Totally Awesome Mom.”

And who am I to argue with that? 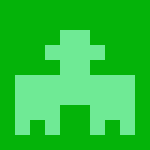 Liz also owns and operates “On The Hook”, her own blog site at http://liznolleytillman.tumblr.com where she frequently reflects on the lessons she’s learned from her transition from a Single-No-Dependents-40-Something to ‘Married With Children’.