We hear it all of the time…parents are frustrated! To gain more insight, I recently did an informal survey of 10 parents asking them to recall a specific situation with their children that had left them feeling frustrated.

Their frustration with their children, ages 2 yrs. old to 16 yrs. old, revolved around their behavior, attitude or choices. Interestingly enough the age of the children did not have an impact on the parent’s description of their level of frustration.

The parent of a 3 yr. old insisting on going straight for the forbidden kitchen cupboard was just as frustrated as the parent of the 15 yr. old refusing to respect their curfew.

As a follow-up to the survey, I spoke in-depth to each parent about the specific situation to help identify why they became frustrated. As more information was gathered for each situation, a common thread surfaced.

Regardless of the age of the child or the situation that caused their frustration, what seemed to be at the root was a perception of a lack of control.

I remember years ago when I was a young mother and my 4 yr. old daughter, Cally, decided she wanted to go outside to play in the newly fallen snow that covered our yard. She absolutely refused to allow me to put her one piece snow suit on her…she wanted just her jacket and jeans. I was adamant that she needed her full snowsuit. My daughter dug her heels in and so did I.

We were at a stand-off…I carefully and calmly explained that she must wear her snowsuit if she wanted to go outside. I explained the snow was wet and cold and she needed to be dressed in something that would keep her warm and dry.

Just at the time Cally reached a full blown tantrum, my mother arrived for an unexpected visit. I will never forget the look on her face…it seemed to spell out “who is the adult here?”

As I was explaining the situation to my mother, expecting at any moment she would turn to her granddaughter and say “You need to listen to your mommy because she is just trying to do what is best for you”, she actually interrupted me and asked what I was afraid would happen if Cally went out with a jacket and jeans rather than the full snowsuit. Well, I quickly stated what I thought was the obvious, “I don’t want her to get sick from getting wet and cold.”

Then the voice of reason (my mother) pointed out that perhaps I had lost focus and was not looking at all the facts. “First”, she said, “She is only four and she will most likely want to come inside before you know it.” She added, “Second, it isn’t as cold out as you think” (the temperature had risen to the 40’s which is typical after a snow storm in that part of the country) and lastly she said, “Denny, I think you have become so involved in needing to be right that you have missed what the conflict is really about.”

Of course I knew my mother was right, I dressed my daughter in her jacket, jeans, boots, hat and mittens and brought her out to play in the snow. She was thrilled. We made some snow balls, attempted a snowman and within 30 minutes Cally was asking to go inside to color!

What had happened to me all those years ago was exactly what I saw happening in the majority of the situations of the 10 parents I had surveyed.

Maintaining a mindset stuck on believing that we are “right” blocks the clarity of what is truly important.

In looking back over my experience all those years ago with my daughter, combined with what I was hearing from the parents in the survey, it became apparent that at the other end of the spectrum of the emotion of being frustrated is a willingness to be flexible.

As parents we need to be flexible in our opinions and actions and be willing to make adjustments that make sense. Digging your heels in and battling with a four yr. old does not make sense!

The frustration I felt that day with my daughter was a direct result of my lack of flexibility. By focusing solely on Cally’s behavior and rationalizing that I was acting in her best interest, I became less focused on my reasoning and more focused on winning. Had I been willing to be more flexible and not so focused on my daughter’s behavior, the situation would not have escalated to tantrum level.

It was just as my mother had pointed out…it was not the brutally cold day I had thought, Cally was in fact ready to come inside within a short period of time and she didn’t get sick as I had feared.

It was a similar situation for the parent of the three year old who insisted on playing in the “forbidden” cupboard. Through our discussion, this parent realized that it had become a battle of wills…a matter of control and who would win.

She ultimately came to the conclusion that this particular cupboard did not need to contain objects that would be harmful for her daughter. She saw the value in exercising flexibility and moved the harmful objects and filled the cupboard with safe things…such as plastic ware.

Choosing to be flexible does not mean you are simply giving in to your child’s every whim…that they get their way to avoid tantrums. What it does mean is that you evaluate each situation to see if it warrants the tremendous amount of energy that a battle of wills requires, or if it is a situation that can be diffused by being flexible.

It is not uncommon for parents to get too focused on their children’s behavior and see that as what needs to be adjusted when in fact, as my mother said, “Flexibility is a parent’s best tool…you need to be ready and willing to adjust!”

Think about times with your children that led to frustration. Ask yourself if being flexible would have been possible…was it a situation that could have been avoided? Was it more about control and winning?

Learning to recognize situations that are rooted in control and being willing to be flexible will greatly reduce the frequency of feeling frustrated. 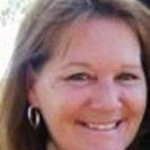