• A group of 20-25 counters (beads, blocks, plastic eggs, coins), with three or four counters different from the others in some way (for example, red beads in a group of blue beads; dimes in a group of pennies)

• Sit on the floor with your child and arrange the counters in a circle between you. Have her toss the die and say the number that comes up. Tell her to start at any point in the circle—except for one of the counters that is “different”—and count to that number, touching each counter as she goes.

• The winner is the player with the most counters when only the different counters remain. Involve the family and expand the game!

Be sure to use counters that are small enough for small hands to move but large enough not to pose a choking hazard. 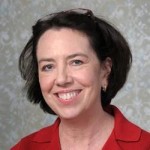