Hide Search
You are here: Home » Parenting » Parenting Teens » Dad 101 – Ten things men should know about parenting: 7. Let them do it too…
Share
Tweet
Pin

I am probably the most guilty party to this mistake that I know off. How did I learn as a man to fix things, do a complicated task, or for that matter the easy things that I do day in and day out? Obviously by doing them over and over again. I remember the day that I started asking my mom to buy me cotton shirts instead of the psychedelic polyester ones that were in fashion during the 70’s. Her first response was…”OK, but make sure you know how to iron them yourself because I am not going to do it for you.” To this day I am pretty sure that I can iron my clothes better than any woman I ever dated. Don’t get me wrong, it was not like my mom or one of my sisters would not get me out of a jam if I needed something ironed in a hurry. In fact, when we were getting ready to go out as a family whomever was ironing their own stuff typically would ask around to see if anyone else needed something ironed, this being a generous gesture that was always done in the spirit of getting to our ultimate location on time. However, we all grew up knowing how to do our own laundry, iron our own clothes, and cook something to eat when hunger struck. For this I thank both my parents that made it a goal to create self sufficient and reliant individuals out of each one of us.

I know it is a lot easier to just open the fridge and crack that egg over the frying pan to make them breakfast, but I am doing a disservice to my children when I don’t teach and then later allow them to do some of these simple things on their own. Still, I admit again that I am the worst individual that should be writing about this because I am so compulsive myself that I find it really hard to stop doing the things that I do for my kids. I have taught them to do a lot of the home stuff like laundry and a few meals, but I still find myself going around the house getting their dirty clothes to do our combined loads. In my defense, my two kids are boys, which up to this moment as far as I can tell would rather wear the same dirty shirt all week than open the closet and pick a clean one unless I remind them not to do so. The older guy is more self aware of his hygiene than the younger one, but even he will recycle dirty clothes which I find totally disgusting! For this reason I find myself trying to be a good dad and keeping them from triggering the olfactory senses of hound dogs two counties away.

Domestic chores are one thing, and manly duties are another. I can understand that many men might not be inclined to getting under the hood of a car, or inside a wall socket to fix what might be broken, of course this has much to do with what we are inclined to do and very little with what we are able to do. Not all guys like to fix things and I truly respect that choice. However, some of us have that freaking “take apart and fix gene” and we cannot help ourselves. I do confess though that as I’ve gotten older I am less and less inclined to get all greasy unless I really have to. Just because I know how does not mean I really want to fix certain things because I already know how many things usually go wrong every time I do so. Changing a toilet is a piece of cake unless all the bolts and pipes are rusted, which is more typical than not. Don’t get me started with fixing something in the engine of a car, they always put a bolt in a spot that requires you to take half the engine out in order to get to it! I’ve learned that somethings are worth paying someone else to do for you too. However, how will your kids learn to do some of these things if you don’t show them? I always do my brakes in my cars, so I try to get at least one of them involved in that task every time I set time aside to do it.

A few months back during the heavy rain season I discovered the hard way that the roof in the living room area of my home started to leak when I walked into a flooded carpet. Fortunately for me, since I had only bought the house less than a year before the incident, no furniture still occupies that space minimizing the damage and frustration. Unfortunately for me none of the insurance or warranties actually covered the damage so the estimate to have this fixed was much higher than the balance on my savings account. I hate getting into debt, so instead I decided to have it temporarily patched until I have the money cash to get it fixed. Recently the Santa Ana winds did a number on the contractor’s patching job which blew almost all of the roofing material off and into my pool, back and front yard. Knowing that rain season is on it’s way I took the day after off to work on patching it all up myself this time. To my surprise, when I asked my oldest son if he would be willing to get up there and give me a hand, he said yes. What took the expert contractor an hour to do six months earlier, took my son and I three hours instead. I had estimated it would take me four hours not knowing that my son would be helping me, and to my surprise he is not half bad with a construction hammer which saved me not only time but also a bit of my aging back muscles. He helped me with everything I did, not once questioning the task even if it meant getting down and dirty to do it. I was and still am really proud of both of us for being able to learn together and do a little bit more male bonding. I was so impressed with his help that I suggested that next time we do it right and fix it ourselves instead of just patching it up, to which he eagerly replied with a firm “I’ll help you” which definitely reached deep into my sense of fatherly pride.

Every time I have pulled out a soldering iron, screw driver, pliers, or any other tool to fix one of his musical instruments, I make it a point to sit him next to me so that he can watch me do it and learn. My youngest son has helped me with my car brakes, and fixing our computers too. OK, maybe I am still not that good at letting them do it all on their own, yet I think that many of the lessons I bring to them are better than none at all. Each one of my boys is different in what they are good at, but both of them are good at something that without my support, encouragement, and a few basic lessons, they would of never even considered doing on their on in the first place. Sometimes I see the mistake coming their way, but I try to stay out of their way so that they can learn from their own mistakes. You just can’t get any good at folding your own tortilla and making a burrito unless you do it over and over again! 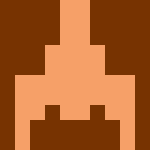