Why do people love to stick labels on others? I am particularly sensitive to this issue as the mother of two sons with Tourettes. Just because they “tic” doesn’t mean they are misfits. In fact, they are probably two of the most sensitive and caring people because they have been unfairly judged throughout their lives.

I wrote a blog post a couple of weeks ago, “Please Don’t Judge Me”, because I felt labeled as a bad mother by people who misjudged my parenting skills when I was struggling with my sons before they were diagnosed.

Shortly after 9-11, my sons’ babysitter described her experience as a Muslim in the City of Toronto. Suddenly she was labeled as a potential threat. Colleagues she had worked with for years started avoiding her at lunchtime. She is one of the kindest people I know and it broke my heart to hear her stories.

How about recent immigrants to Canada who arrived with high hopes yet are now underemployed with lousy pay despite their ample professional qualifications? Gay people have been subjected to discrimination for years. It doesn’t seem to matter what your issue, for example, overweight, underweight, special needs … some people just love to stick a label on.

Even my dog is a victim of labeling because German Shepherds have a bad rap. She is actually a “pussy cat” in a big dog’s body but people will cross over to the other side of the street to avoid her. Check out this photo of her with a bird we rescued last summer. She spent every day protecting this bird until it was strong enough to fly away on its own. Does this look like a mean and vicious dog to you?

Probably all of us have been labeled at some point in our lives. And it hurts! I was particularly impressed by the following video produced by Mabel Labels titled, “More Than Just a Label“.

The only label I’d like to hear people using is “judgmental” towards the people perpetuating these stereotypes. Other than that, no labels should be used except, of course, the type used to label your kids’ clothing so it doesn’t get lost at school.

What’s the label that has been slapped on your head? Please feel free to share your stories. 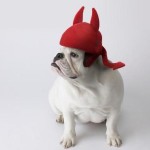